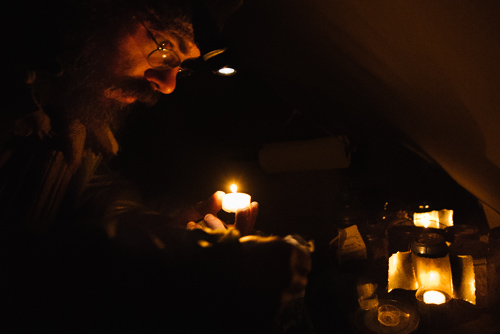 This is how humans were meant to live. -Jim Gnapp, Trapper

Edge of Humanity Magazine is a curated look at powerful stories told through imagery. They have featured my project, Trapper and Falconer.

Although I originally shot these as separate stories, I have begun to see some themes in my work with non-native people that are close to the land. It’s an easy connection to see between Jim Gnapp, the Canadian trapper, and Aaron Allred, the American falconer.

The desire to be close to the natural world by participating in it is inherently human. It is likely universal. Yet what that connection looks like continues to change over time, with most of the industrialized world moving towards the outdoors for recreation. But far from the simplicity and safety of the recreational outdoors, both Jim and Aaron have found a deeper reward through their patient diffusion into ancient arts. Neither trapping or falconry is for weekend warriors– indeed both are some of the last living skills that require apprenticeship in this day and age of YouTube learning.