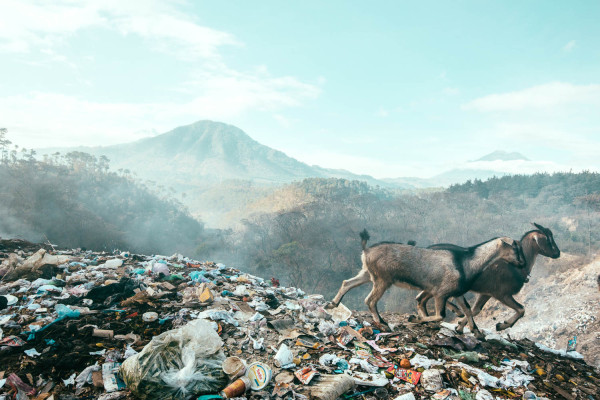 I was in villages outside of Antigua guiding the workshop participants on their stories when we walked into this landfill. I made it a point to bring students back very early the next morning, as a few were interested in the story of the waste pickers who made their livings from collecting recyclables and salvaging rubbish. Guatemala today is one of the most violent and crime-ridden countries in the world. In this place where over 60% of the population lives in poverty, life choices are a matter of survival. I wanted to find out more about what life was like in this vast caldera of smoke and garbage.

At dawn, after riding in a roughly serviceable pickup several miles through a coniferous forest, we stepped into a surreal landscape under the gaze of an actively erupting volcano, where smoke rose from burning methane gas. Smoky haze saturated the air and even as I crunched plastic and rotting vegetables underfoot, I noticed that various animals congregated around the rim of the landfill. 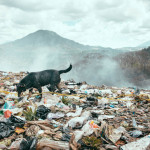 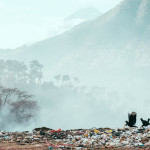 Despite the decay, black vultures, feral dogs and goats foraged peacefully in the morning. Later, as garbage trucks came in to dump fresh loads, a couple of families of Guatemalans appeared to pick through the waste for recyclables like bottles and cardboard. When I spoke with a few I discovered that on good days the money they made from waste picking was substantial but still barely enough to survive on. On the other hand, they had steady work and freedom. 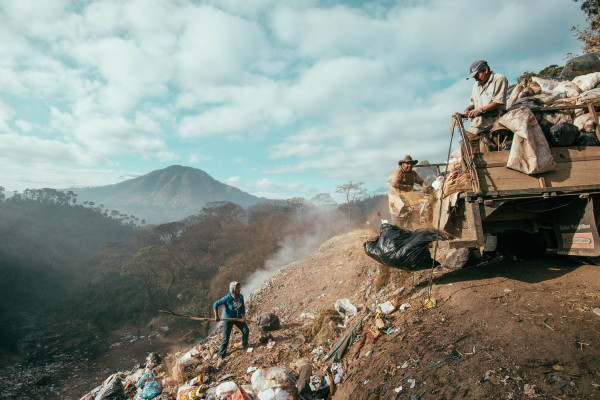 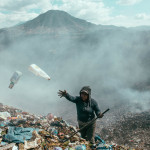 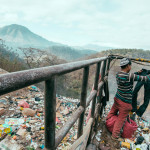 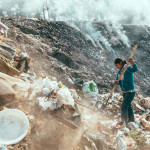 One of my workshop students had done a story with one of the waste-picker girls two years prior. I had seen her portraiture of the twelve year-old girl, who had been working in the landfill even then. Two years later, despite having received financial help and education from a local NGO, she was still working at the landfill. I spent the remainder of the day conversing with her and the other families there, under the watchful eye of the volcano, trying to see through centuries of acrid smoke. 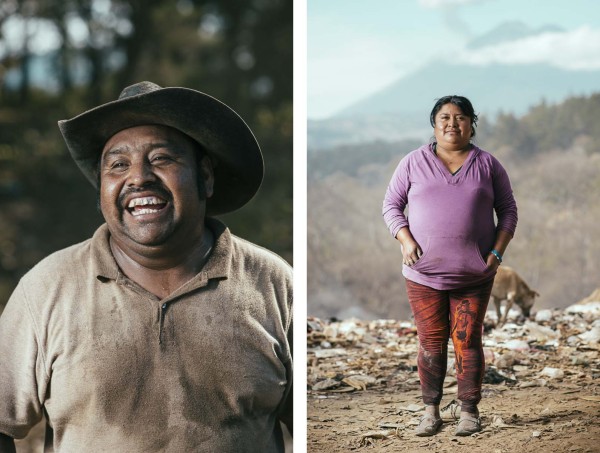 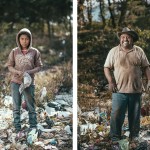